What is this game about?

In this game player is “dropped” inside her / his current situation, in a town where she can move about, go to places and meet people. The game continually generates new life situations (generally, problematic) which the player has to respond to, by going places and meeting people.

The game basically generates problems that must be solved in as little time as possible. It can be seen as remotely inspired by the classic videogame, Pac Man.

This game is a running experiment in applied game design: it’s a process that has several outcomes, and that does not end at the game release of the 1st of June:

In the field of applied games this game tries to be noticeable for the quality of the game play experience (“game feel”) and in-game assets.

How the game design has evolved

By testing the game in a running prototype, several corrections of the initial story model have been done.

The initial game design was more oriented towards simply telling stories, but in the first prototypes that resulted in boring games. We then added exploration, character meeting / avoiding (a bit like Pac Man), and the resulting game environment is way more “gameful” and stimulating. The second hurdle has been in getting in game structured stories, and this is getting dealt with in steps.

The game stories take place in a town settings with certain locations and characters. These should be thought of as actors and stage elements that support different story compositions.

The inhabitants (technically, non player characters, NPCs) follow programmable sequences. By meeting them at a certain time steps of the problem / stories are completed.

In town there is a list of places that are connected to the various stories / problems. By entering the different locations at different times steps of the problem / stories are completed. 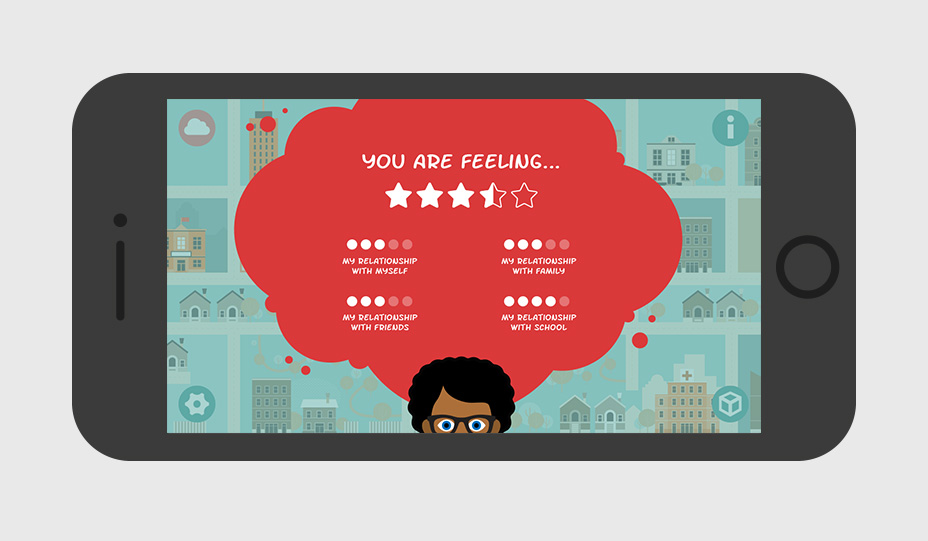 Each of the stories, problem, choices, social interactions and town explorations influence positively or negatively your state of mind. If your state gets “too low”, the game ends and the story of your choices is presented.

You now live in this town and things will happen in your life. Learn how to deal with new people, places and situations in order to maintain your health and wellbeing. 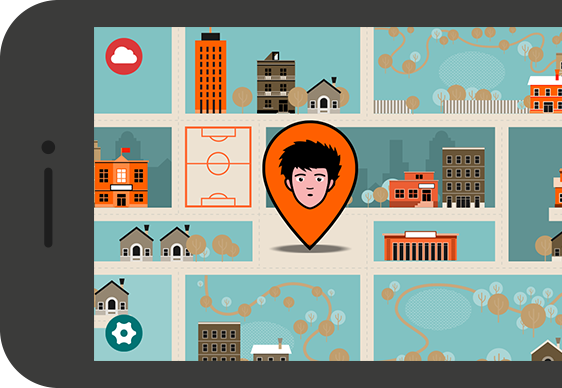 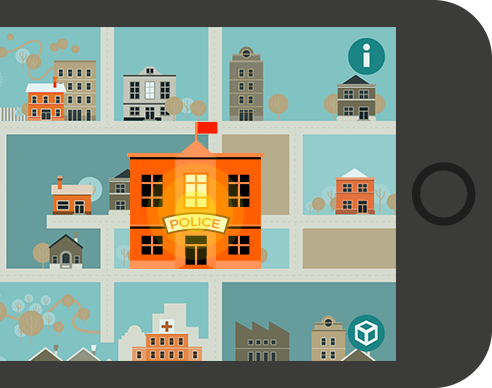 Just tap on buildings and also anywhere on the town to move your character and go places. 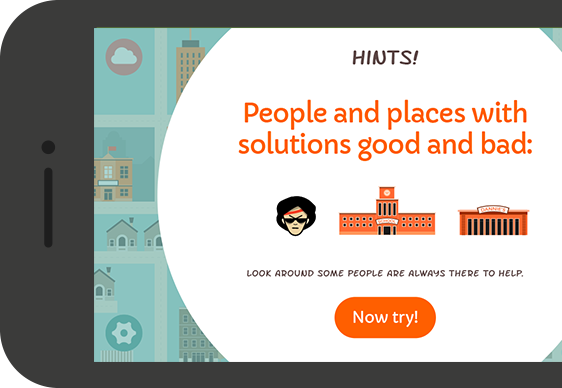 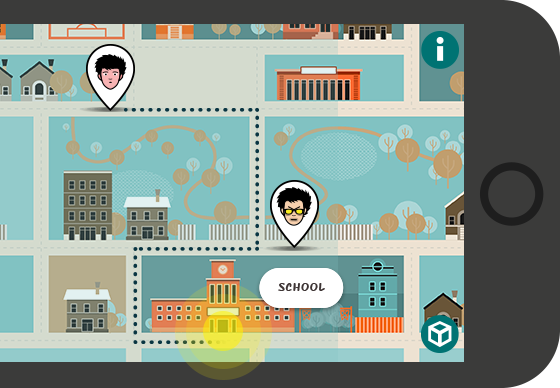 How do you solve the problems?
By going to the right places, meeting the right people and avoiding the wrong ones. Take action, explore, and learn!

How do you feel?

Going through the life episodes of the characters will change how they relate to themselves and others.

The Health and Wellbeing Card represents the most important relationships in this phase of life. 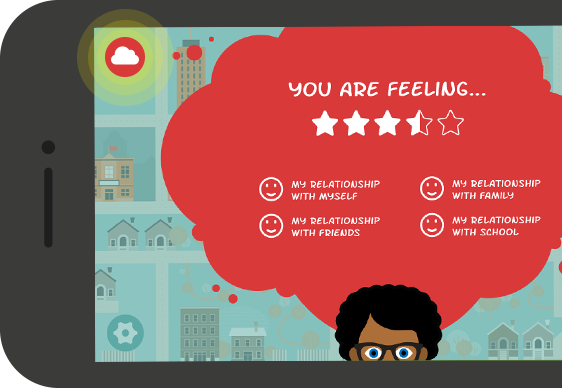 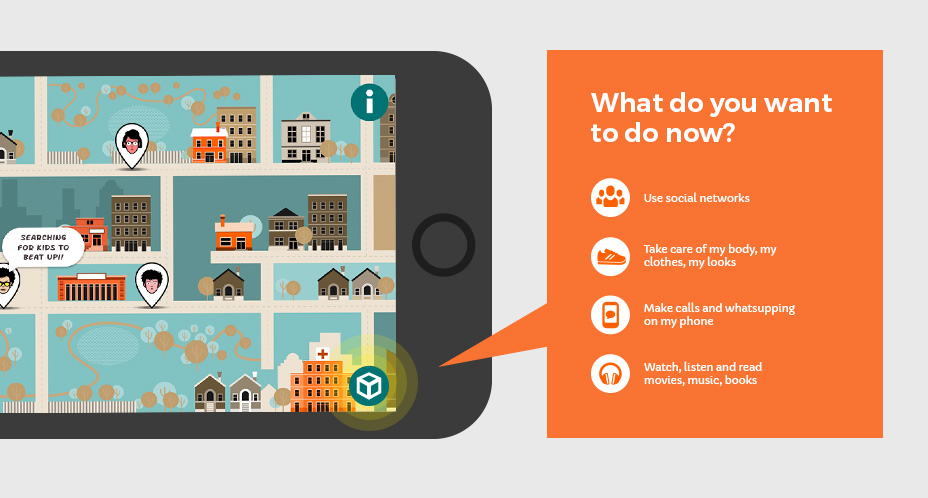 © European Union, 2016
The information and views set out in this website and playful tool are those of the project directors and do not necessarily reflect the official opinion of the European Union. Neither the European Union institutions and bodies nor any person acting on their behalf may be held responsible for the use which may be made of the information contained therein.
Game Design and Development by Open Lab
Providing applied and educational games to companies, institutions and research centres.